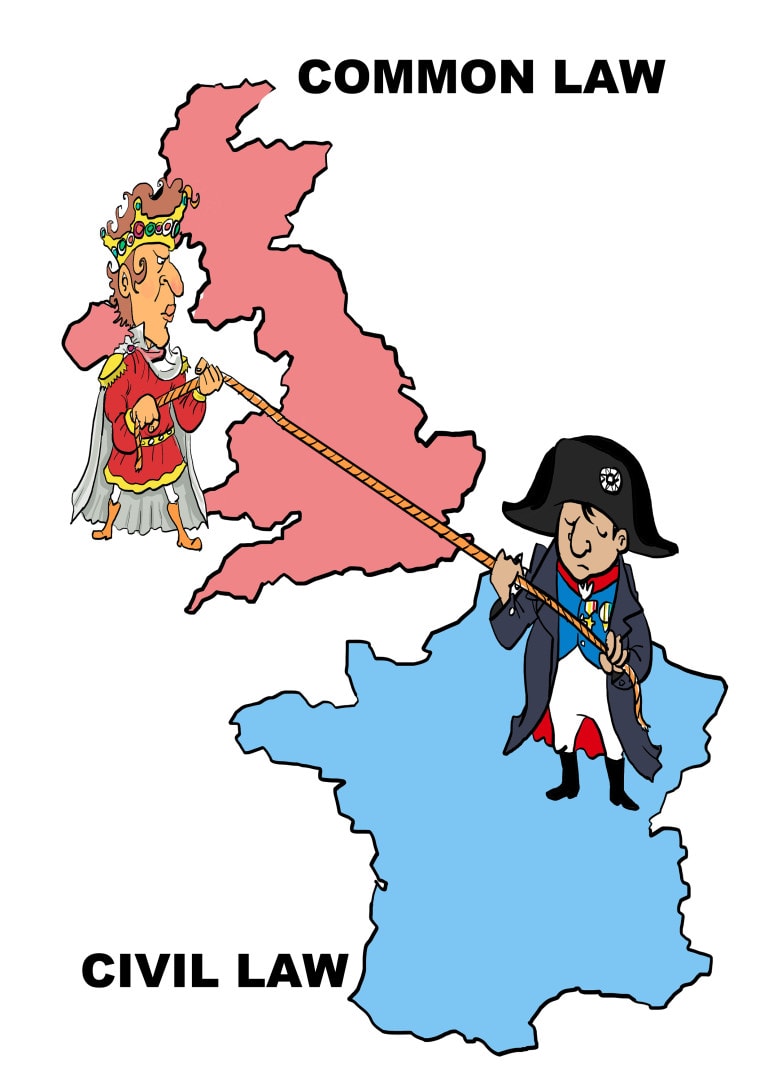 What is the difference between the Civil Law and Common Law System of Law ?

The majority of the world uses the civil law system.   The civil law system means that the laws are written and codified as a system of law.  It has its origins in Rome but was expanded during the reign of Napoleon Bonaparte in France with the creation of the Naopleonic Code.   The civil law generally has specific codes dealing with specific subject matter.  For example there will be a civil code, family code, criminal code, tax code, civil procedure code and many others.  Under the civil law system these codified laws are passed by the legislature which is the binding source for all law.

The common law system on the other hand is generally made of the former British colonies such as the United States, Canada, Australia and some of the Caribbean Islands.  In the common law system the law is derived from judicial decisions which are binding on the courts.

Join us at Practical Legal English and discover more in depth the differences and similarities of the two systems.